Up Close with Acumen

A closer look into the people that make Acumen tick, the work they do and what goes on behind the scenes at Acumen. Find out a little more about our team and get Up Close with Acumen.

Our Customer Service Advisor, Margaret Lawless answers 5 questions about her role at Acumen.

My Typical Day at Acumen

My Typical Day at Acumen

We took the opportunity to find out a little bit about Wayne Standing in the High Pressure Jetting team. Here’s what a typical day looks like for Wayne.

Describe what a typical day look like for you at Acumen?

A typical day at Acumen involves a lot of team work and planning.

When arriving on site the first thing I usually do is take out site permits and discuss ongoing tasks with clients. I then liaise with the internal team and discuss the work ahead of us and how we can best tackle all work set as a team.

I also carry out tool box talks with the team which involves discussing the work to be carried out and explaining it to the team thoroughly before any work commences. I believe this is a good way to get everybody on the same wave length of the days tasks and also a good opportunity for any of the team to speak up if they don’t agree or believe there is a better way of doing things with alternative solutions. It helps everybody involved and understand anything they may have been unsure about.

What challenges do you face in your role?

I have faced a few challenges over the years at Acumen. As my role is very fast paced!

I have to think on the spot most of the time and make some tough decisions to enable a job to be carried out in the best and safest way possible. 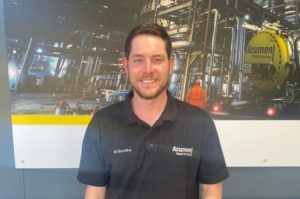 A more recent challenge was a pipeline we had to clean which contained heavy fuel oil and the line kept building up with back pressure. We had to overcome it by placing containment to prevent spillages and drain the pressure back in the line to prevent it forcing oil out. The full team worked through the night to get the line isolated and made safe.

What does a good job look like to you?

A good job to me is one that is well planned out and organised. Sometimes it’s the little things that when taking into consideration can make everything go a lot smoother be more successful.

Good organisation generally tends to happen at the beginning stages of the job. I believe it’s the planning and preparation of equipment needed to make a job really organised so when we arrive on site we have everything we need and are fully prepared.

What skills do you think are important to your role?

Project Manager Anthony Lee talks about the diversity of projects he’s worked on during his time with Acumen.

Watch our video to learn more about Charlie’s role as a Technical Manager at Acumen.

Graduate in at the Deep End…Josh Wright, Graduate Chemist

We sat down with Josh to find out how he’s adapted to life at Acumen!

Why First Impressions are Everything

As Commercial Director at Acumen, Peter Lohan understands why first impressions are so important.

Why First Impressions are Everything 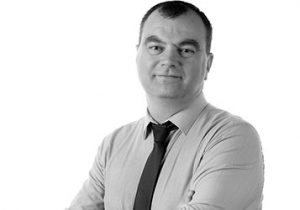 As Commercial Director at Acumen, Peter Lohan understands why first impressions are so important. Here’s what Peter has to say.

Dress for the occasion

Prior to any communication or the initial pleasantries, your appearance outlines your professionalism and the level of respect you have for yourself. Keep it authentic though, it’s not only about what you are wearing, it’s how you wear it, so make sure you feel comfortable, and your confidence bread from your efforts will do the rest. Boris Johnson might of made the fuzzy hair fashionable… or maybe not, but some personal care and attention speaks wonders of your mentality.

Turn up on time

Turn up on time! Nobody likes waiting, and we all have busy diaries. I have a saying that “early is on time, but on time is late!” and I think it’s really important to make sure you turn up on time. If you encounter something unavoidable, call ahead and let the person you’re meeting know about the hold up and a revised ETA. Allow enough time for roadworks, or the bus that might be running a bit late, these inconveniences may be unpreventable, but it doesn’t mean you can’t account for them.

I think you can tell a lot about someone by how they shake your hand… if they shake your hand! Unfortunately, Covid has ruined the old fashioned handshake, but when it’s safe to do so, it’s the best way to greet someone for the first time. They say a loose handshake shows a lack of confidence, so without breaking knuckles, stand up, look them in the eye and give a firm handshake, it screams authority and breeds engagement between both parties.

When you meet with someone, especially for the first time, focus your attention solely on the subject. There is nothing worse than someone who checks there phone part way through a conversation, or someone who asks the same questions twice because they haven’t been paying full attention. If you’re meeting someone, be courteous and give them your unreserved attention, it really will help to build a great relationship!

We sat down with Business Development Manager, Colesia. Here’s what she had to say.

Adam Hindson on Recruiting from the Military

My First Month with Acumen

My First Month with Acumen

Technical Assessor, Mohamed Hussein, joined Acumen at the start of 2021 so we caught up with him to find out what happened in his first month with the business.

Mo, what were some of the reasons you decided to join Acumen?

I joined Acumen Waste Services partly due to the fact that despite last year being such a challenging year for both people and organisation alike, Acumen continued to make strides in growing and adapting to the new environment as well as giving the staff opportunity to work from wherever possible, whenever possible.

Another reason I decided to join Acumen was the heavy emphasis on training. The Acumen Academy looks like it’s a great platform that really helps to develop and nurture talent from within the company. Acumen also takes on a number of people for apprenticeships so it’s great for giving them the opportunity to gain qualifications whilst working further to develop and progress on the career ladder.

I arrived at the Head office and spent some time with a couple of  the Directors, Adam Hindson and Kris Sutton who helped me set up my desk as well as getting the details for Bigchange and the server. I was then introduced to the rest of the team in the office so I was able to get to know them and the role they played in each department. Next up was my first initial introduction to things such as the company history, health and safety policies and also I found out about our special W.A.S.T.E. reporting app.

I finished off the day by catching up with my line manager, Charlie Wingrove, where she provided me with lots of useful documents relevant to hazardous waste regulation and we then scheduled a number of site visits for later in the week. There was lots to take in but it was a great start to life at Acumen.

What does a “normal day” at Acumen look like?

Day-to-day my main job sees me doing lots of work with the server and Bigchange in order to generate consignment notes/ waste transfer notes for both our regular customers and ad-hoc collections such as fly-tip or site clearances. Each job has its own requirements and a uniquely tailored approach with some being fairly straightforward such as looking after our Acubin Services.

On the flip side I also help out with jobs that are multi-stage operations that need several different aspects to be considered. This could be taking in to account accessibility, packing requirements, pricing arrangements or if there is a hazardous aspect to the waste being handled. With such complex operations it is vital to liaise with my colleagues in transport, customer services and the chemist on the ground in order to determine the best way we can service the customer whilst ensuring we maintain the highest levels of compliance throughout.

What are the things you’ve enjoyed or been impressed with during your first month with Acumen?

Much of my first month at Acumen has involved me going to our transfer stations and treatment plants to get a deeper knowledge and understanding of how these sites operate and the people that make this possible. I am incredibly grateful to them for taking the time to give me in-depth explanations as it’s really helped me get a better understanding of how we process a variety of waste safely.

What are the things you’ve enjoyed or been impressed with during your first month with Acumen?

I was impressed with how efficiently everything ran whilst maintaining the highest level of compliance. As well as this I was also impressed with how Acumen places a heavy emphasis on the importance of training as it shows that Acumen actually invests in people and takes interests in their development.