Acumen Waste Services were assigned by a power generator to assist in the cleaning of multiple banks of fin fans over four weekend phases of work during the shutdown at one of their sites. During the initial technical visit, the Acumen team found the fin fans to be heavily soiled and there was a requirement to dig out the bottom section of the frames. Following the site visit, the Acumen Industrial Site Services cleaning crew began to mobilise the equipment and necessary plans ready for the first phase of work.

To clean the fin fans, the cleaning crew needed to start at the very top of the banks, working their way down from top to bottom. The crew needed to set up scaffold boards and mobile towers to ensure they could successfully and sufficiently clean both ends of the fin fan.

Once the equipment and plan were put in place and the necessary permits and paperwork was completed, the cleaning crew were briefed and ready to begin.

Preparing the Banks for Deep Cleaning

During each phase, the crew firmly positioned an Acumen double burner hot wash jetting unit close to the point of works which was fed from the onsite hydrant water supply. Once the unit was securely in place, the team demarcated the area to prevent unauthorised personnel access. Two spray packs were filled with biodegradable environmentally friendly cleaning agent and the team’s supervisors confirmed everything was in place and the clean could begin.

Acumen’s asset cleaning team was then split up; two men were tasked with accessing the top of the fin fan banks and one man who remained at ground level to ensure there were no intruders.

Moving Down the Bank to Completion

The two men working at the top of the fin fans used the scaffold crawl boards to access the full area, this ensured no weight was put on the fragile fin fans. They began the clean by removing and bagging any obvious large solids for disposal. Once these were removed, the team started to spray the whole area on the fin fans with the bio-degradable cleaning agent to lift and suspend dirt.

The cleaning agent was left to soak on the fin fans for an hour, this was to aid the cleaning process as due to their fragile nature a low pressure, open ended washdown process was being used. As the wash down begun, all washings were allowed to fall into a grade and drain to the client’s effluent system. This process was repeated as many times as necessary until the top of the fin fans were clean and thoroughly washed through.

Once the top was thoroughly cleaned, the crew moved onto the bottom of the bank, they erected a mobile scaffold platform to ensure they had safe access. Initially, the experienced team had to perform a dig out on the fin fan frames and drum all the found waste for disposal. Following this, the thorough washdown process of the frame and fin fans took place.

Once the clean was complete and the client inspection was successful, the Industrial Site Services Supervisor gave the go ahead to de-rig the site and hand back the fin fan bank to the client.

Acumen Waste Services has over 25 years’ experience in providing specialist industrial site service solutions throughout the UK and Europe. For more information about industrial asset cleaning, any other services or to discuss a potential project, please get in touch today on 01977 529586 or email info@acumenwaste.co.uk.

"Our crews are highly skilled, qualified and experienced in Industrial Site and Asset Cleaning. Over 4 weekends 4 fin fan banks were successfully cleaned at the site, the client was extremely happy with the process and care taken by the Acumen Industrial Site Services team." 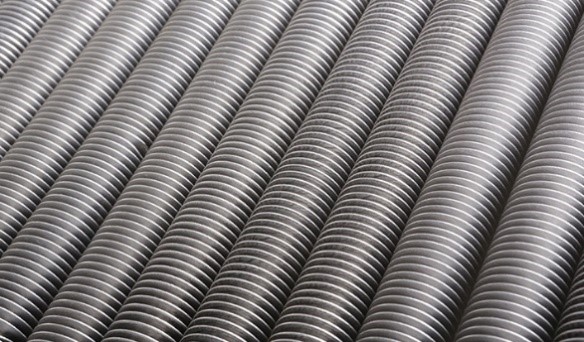 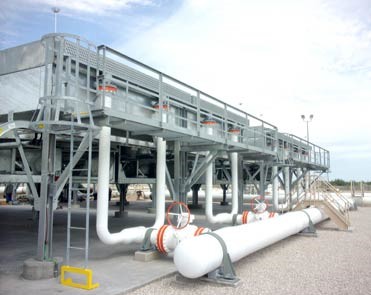